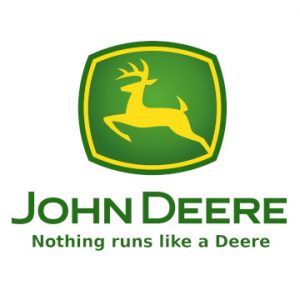 The tranquility at ChaosFarm has returned after the pole saw incident. Unfortunately, the world beyond the farm continues to feel the brunt of the COVID-19 epidemic, racial tensions, and guerilla warfare in some cities. Hopefully, things will resolve themselves quickly and in constructive ways. Unfortunately, that is not likely to happen.

Over the centuries, Russia has slowly expanded its borders while being ruled by autocrats determined to make it the most important country in its region, if not the world. This theme has been constant through czars, communism, democracy, and Vladimir Putin’s fascism of today. In general, the expansion of Russian rule has been violent and heavy-handed.

Russian foreign policy has viewed the nation’s road to success primarily as one where successes must come at its neighbors’ expense because many Russians believe that anything weakening an enemy strengthens Russia. The Russian mind tends to see the countries around Russia as enemies that must be controlled or conquered if Russia is to be safe.

Russia’s version of imperialism has spawned much hatred in its neighbors. The concepts of “win-win” and compromise are somewhat foreign even though they achieve more than does turning neighbors into enemies.

This conquest has become only partly a military one. Indeed, the preferred approach is for it to happen via diplomatic treachery, targeted propaganda, and disinformation. Today’s tightly integrated social media network is well suited to causing an electronic holocaust in the world order.

Russian leaders like Peter the Great saw benefits in looking to the West and learning from it. He knew that building a grand and modern capital city would be a unifying source of pride among the Russian people and would also create power, importance, and respect for Russia in other European nations. Peter modestly named the new city St. Petersburg in honor of himself.

Today Putin has the same dream for Russia that Peter the Great had, but Putin’s methods for achieving the goal are more like Stalin’s. Putin believes that Russian greatness can be acquired only by slowly suppressing dissent and putting the Soviet Union back together. Putting the USSR back together would require reconquering Russia’s currently independent neighbors.

Putin is no dummy, and he plans his moves very carefully before he acts. His caution explains the magnitude and care in his efforts to hack US government computers and its political parties and personalities. The intelligence gained through this espionage is vital to Putin’s making his international moves safe and effective in such activities as destabilizing foreign elections. He sees maximizing the chaos in other countries as a higher priority than influencing who wins the election. Achieving both objectives, of course, results in the best outcome, from Putin’s perspective.

Similarly, a united and effective European Union is a block to Putin’s foreign-policy goals. The Brexit vote was welcomed with cheers in Moscow because Russians viewed it as a big step toward breaking up the EU. Anything that can instill fear, doubt, and uncertainty in adversaries is pursued first, with overt military action employed as needed.

The plan for gaining power in Syria and the Middle East is a combination of both methods. The desired result is to annihilate the warring factions except for one faction – one controlled by Russia. These military operations have killed innocent people needlessly, and with a ruthlessness not seen since the USSR invasion by Nazi Germany.

From Putin’s point of view, the amount of stomping needed to destroy all the warring factions in Syria has a delightful and planned fringe benefit: It creates refugees that will destabilize the EU. Simultaneously, Russia’s scorched-earth bombing campaign kills those who don’t, or can’t, escape. The arrival of the refugees on Europe’s doorstep was guaranteed to create serious discord in Europe, and it has.

Many people in the EU nations see the refugees as invaders destroying their culture, but they do not see them as part of a geopolitical plan. In short, maximizing the number of refugees creates a de facto Russian proxy army that requires no Russian resources.

Most Westerners have not perceived this stealthy infiltration of refugees as the willful Russian foreign policy plan that it is. Although innocent, these refugees/social saboteurs are nevertheless Russia’s most cynical and highly cost-effective weapon against the EU.

Russia always negotiates during the process of creating refugees. Still, it will only agree to ceasefires that will take effect far enough in the future to give Russia the time needed to kill the people they want to eradicate.

So, what were Putin’s intentions in releasing the Democratic National Committee and Clinton emails? The release may have been payback for Clinton’s alleged manipulating efforts against Putin in the 2008 Russian election.

Another explanation may be that he wanted to see Trump beat Clinton, which could well have been an objective but probably was not the primary one. The more likely purpose was to sow discord and chaos, which succeeded quite well from Putin’s perspective.

In any event, Putin pulled off an unexpected first in Russian propaganda history in that he appears to have fabricated nothing in the documents he released, probably because he could never have assembled documents that would have been as crazy as the real ones.

Today’s related espionage consideration is the electronic holocaust that is slowly engulfing the traditional ways the world does things. Capturing the metadata from cellphone calls is critical to American national security, but protection against privacy violations and data misuse is required. Captured cellphone metadata do not directly identify callers, but they nevertheless need a meaningful Foreign Intelligence Surveillance Court (FISA) or the equivalent to watch over the captured data.

An excellent example of how Putin generates chaos is still developing as of this writing [Feb. 2017]. Credible rumors indicate that he plans to return National Security Agency whistleblower Edward Snowden to the United States as a goodwill gift to President Trump.

This idea gets interesting when one considers that much of the country sees Snowden as a brave national hero. In contrast, another segment of the country, including Trump, sees him as a traitor and wants to have him prosecuted to the law’s fullest extent. Either way, people wish to have him back. His return would create much domestic discord over what to do with him.

If President Trump recognizes what Putin is up to, he should tell Putin to keep Snowden. Putin could well be caught off balance by a counter move such as this, and he would need to think of other ways to create messes.

The return of Lenin

Vladimir Putin is a man with knowledge of history. He is likely gloating secretly that the return of Snowden would coincide with the 100th anniversary of the return to Russia of another Vladimir – Vladimir Ilyich Ulyanov. More commonly known as Vladimir Lenin, Ulyanov was living in exile in Switzerland when the First World War began.

The German High Command eventually realized that Lenin was uniquely qualified to spread the chaos and disorder needed to make Russia fall apart and become militarily impotent, so they arranged for a special train to take Lenin to Russia from Switzerland. The chaos resulting from this German move and the subsequent Russian surrender freed up German military resources to use against England, France, and the US.

There is nothing new in manipulating the unraveling of complexity traps. The only thing that is new is having electronic tools to use.